Part of my job involves keeping up on the latest technology, which sometimes means going to geek tech conferences, like PDC,  all in an effort to keep my "nerdness" as high as possible. For those of you that are normal and don't follow such things, the PDC or Professional Developers Conference, is a Microsoft only event that is sort of like a Car Show for Microsoft Products.   Although, at this car show you get to meet the people who make the car, have classes about driving them, get to actually take a test drive and are wined and dined throughout the whole week.  So really, it's nothing like a car show except that they are both usually in a enormous convention center.

Some of the highlights for me involved the free dinner that our team got that was sort of a result of the work we had done earlier in the year with our GPS product.  Microsoft also rented out Universal Studios for a night and gave everyone free alcohol and food, which is sort of every kids dream to be in an amusement park with no lines and everything is free.  Here are some pics from that debacle: 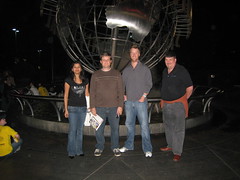 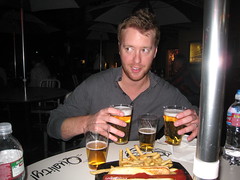 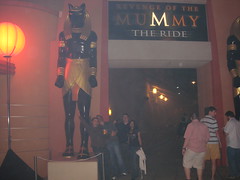 Above is the peeps from my team (Sitara, Jamie, me, Kevin) and in the middle is what you get when you give away things for free. 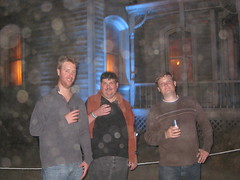 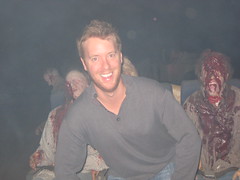 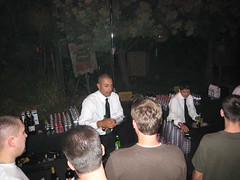 Oh yeah and the park was done up for Halloween which was really sweet. 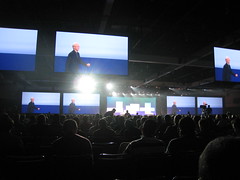 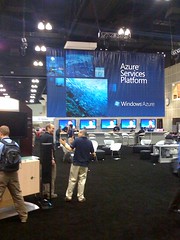 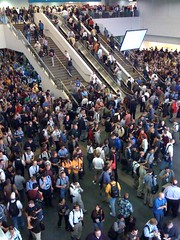 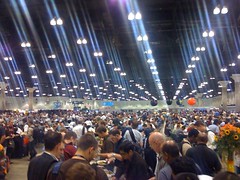 And yes I did go to the convention... 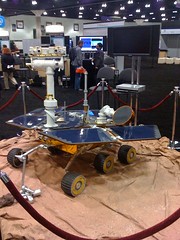 I also made it on to one of the Microsofties blogs,Virtual Earth PDC Team, just another notch in the old nerd totem pole (see below). 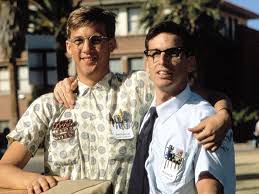 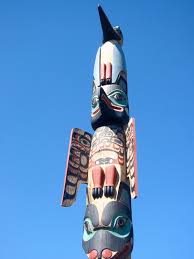 Can anyone say "Nerd Alert!" ? I'm sorry I couldn't help it, it's my favorite quote from Austin Powers.

It looks like you were drinking the whole time...you have a beer in your hand in the "meet the experts" pic. Very cool though. I will say that I'm jealous of the access to Universal Studios!