Last week Jess, Krb, and I went to see Coco (Conan O'Brien) in LA. We had a great time and we actually were caught in a couple audience shots. I was really impressed how they recorded it straight up with no edits, pretty much took an hour exactly. I will say that Conan and Andy are beasts, both at least 6'3-6'5 and Andy could be a lineman. If you've ever seen the new show he always makes fun of how you would never know that he is in the building that he's in, and its definitely true. The only signs are outside Universal on the sidewalk. 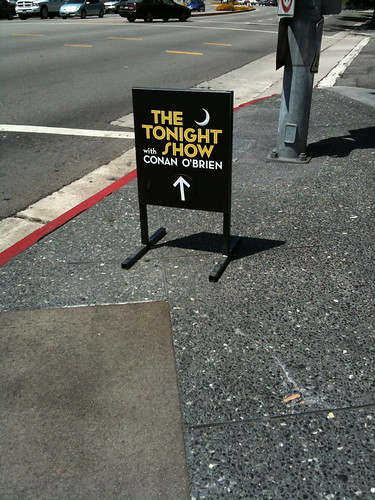 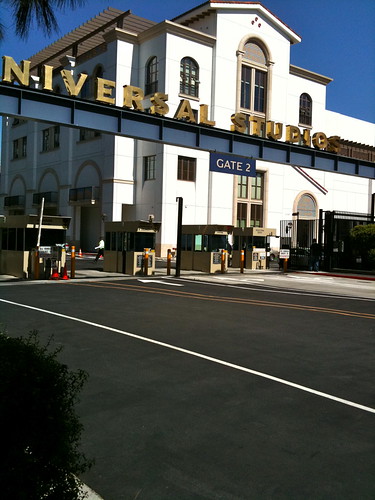 That's his theatre right near the entrance very nice theatre and all, but you wouldn't even know what it was walking by.

We got tix 5 weeks in advance and then had to wait in line the day of.  The studio itself seems pretty big and I'll guess there were at least 200 people in there. Larry King was the guest on the show and his wife was insane.  She was in some yoga outfit recording the whole thing on her iphone.  The crew kept laughing at her because she was slowly creeping around the set filming everything and even got on the ground at one point to get an "artsy" angle.  Anyway, here are some blurry grabs of us on the show: 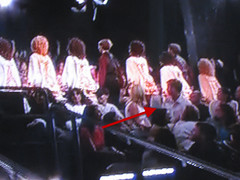 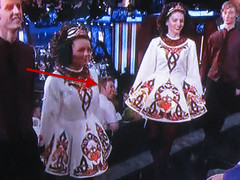 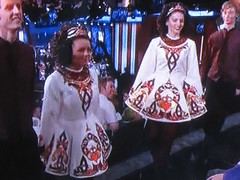 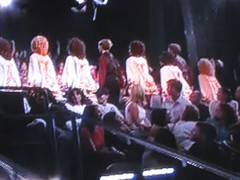 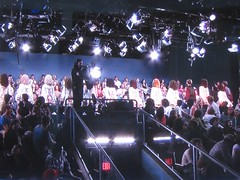 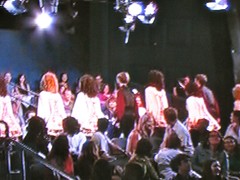 There is a little clip on hulu, but it's hard to make out.  The actual show it was a little more apparent if you knew where to look. 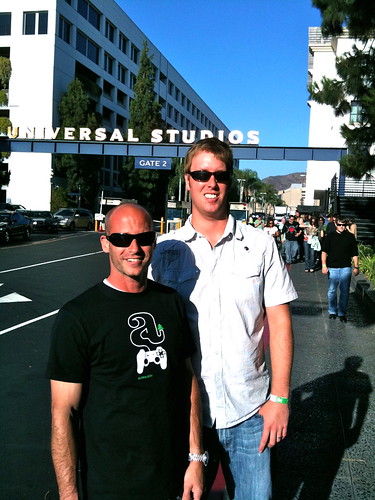 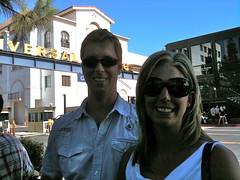 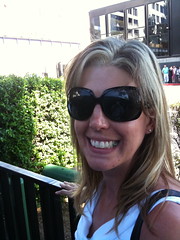 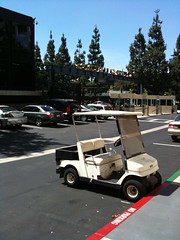